Hit enter to search or ESC to close

How it began, and how we got here

Brandon’s story in his words: 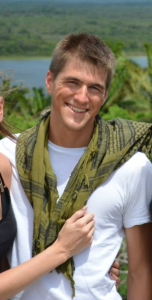 My name is Brandon Donovan and I’m a 29 year old veteran from Oregon with MALS. To sum up my situation as concisely as possible; I’ve been dealing with debilitating stomach pain and nausea any time I eat (any amount) or exercise for 9 years. After years of going through any and all tests through the VA and being told each one came back normal and just trying to live with it, my health had deteriorated to a point where I had to push the VA to try to figure it out again, doing repeat tests early 2017. My weight was around 160lbs before this began and is now at a critical 109lbs.

I was finally presented with the possibility that I might have Median Arcuate Ligament Syndrome (MALS) mid 2017 from a Roseburg VA doctor performing a test, which matched up with my symptoms perfectly. Apparently, she was the same doctor that performed this test in 2014 and mentioned the celiac artery compression back then in her findings and was astonished to find out that nobody in the VA had followed up on it. (She was just the doctor to perform the test and could not make any official diagnosis.) It is incredibly rare to have symptoms from this, so much so, that a great majority of doctors are either unaware of this condition altogether or flat out don’t believe it can cause any issues. Because the Roseburg VA vascular expert that reviewed the test results didn’t believe I could have symptoms from this, they did not diagnose me with it or recommend any follow-up for it. There are instances where months and years go by without any accountability after they send me to various tests or other VA doctors, no follow up, no next steps, just forgotten. I would have to go in after “waiting to hear from someone” to initiate more investigations. I sought medical advice outside the VA from a MALS specialist (Dr. Richard Hsu in Connecticut) who looked at my test results and I was relieved to hear that this could be my problem and it can be fixed, although it is a major surgery. I pushed to have a celiac plexus block procedure performed through the VA at OHSU at his recommendation which helped to confirm the diagnosis of MALS. Finally, with a thorough recommendation letter from OHSU and a request from my primary care VA doctor both strongly recommending I have MALS surgery with Dr. Hsu, the request was denied by VA Administration. The reason given; “This service is available within the VA.” They now recommend I be seen at the Portland VA for a vascular surgery consultation.

After 9 years of deterioration, exhaustion, and pain, altering what should be a significant time period in my life figuring out my life-long career and enjoying time with friends and family… The VA, refuses to allow me to have life-changing surgery outside of the VA with someone who is actually highly familiar with this rare condition and has performed MALS surgery for over 190 patients. The same VA that didn’t have the experts to diagnose me for years and never would have had I not sought Dr. Hsu’s advice and pushed them to have the celiac plexus block for months. The same VA that will only follow-up with your debilitating condition if you continue to have the strength and will to push them to, that wouldn’t look into a condition at all because they didn’t believe in it, that would just leave me high and dry to die if I gave in because the system is flawed. That VA is now saying, trust us…

This condition is extremely rare. I can’t emphasize that enough. The surgery needs to be performed by a MALS Specialist, not just any vascular surgeon, in order to ensure that it’s performed correctly. VA administration has continually ignored their own doctors medical advice and put patients health on the line. I’m not the first one. I now have to fight the VA to overturn their decision or pay for the surgery on my own. We weren’t going to setup a GoFundMe as it’s highly uncomfortable asking for donations, especially such a large amount. But we can’t afford to wait to come to this last resort, hoping and praying the VA will do the right thing, as that hasn’t been their track record. If you can’t donate, please believe me when I tell you that sharing my story through the Facebook post link at the top is truly incredibly helpful. I have sent my story to various government officials and news outlets. If anything can come from sharing my story, I’d like 3 things:

1. I’m hoping that shedding light on this issue may help put pressure on the VA to overturn their decision and approve my surgery with MALS Specialist, Dr. Richard Hsu.

2. I want the VA to be held accountable to the people they’re supposed to be serving. I don’t want another Veteran to be forgotten and let slip through the cracks because they needed to initiate continual care, or communicate for all the doctors after being sent somewhere for a test.

3. MALS awareness is extremely important as this is so rare and non-familiar even to many doctors. I’d love for someone out there that has similar symptoms to look into MALS with a Specialist, and potentially find relief from the pain.